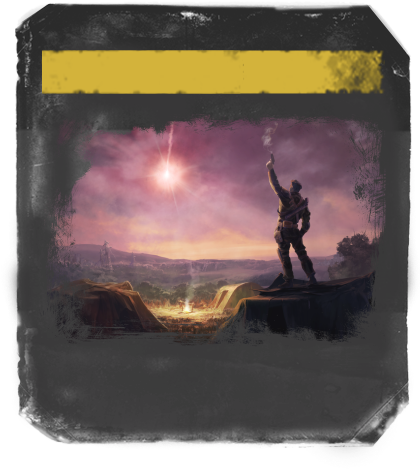 We’re back from the summer holidays and ready to get updates flowing once more. We’re finally adding the new game start we’ve been planning for a while now! Instead of the colonists and some pre-built stuff you’ll choose three Specialists in the pre-game options. They will then enter a new area that looks suitable for a new colony. Preparing the site for other survivors begins by exploring the nearby area and selecting a good spot for a Campsite. Once the Campsite is built, it is time to scavenge resources and start building basic structures like tents, water collectors and storages for your colonists. Fighting hostile wildlife nearby also helps to make the site safe for ordinary colonists. Since your Specialists are pretty self-sufficient, you’re free to take your time and explore the surrounding area to get in grips with the basics before the game starts in full swing. When you feel ready and prepared, shoot a signal flare from the Campsite to let the rest of your people know it’s safe to arrive and start a new life!

We’ll be expanding this feature in the next update with more options. It should provide a great starting point for new players, as you don’t immediately have to worry about food or water production along with a myriad of other issues colonists have to deal with. 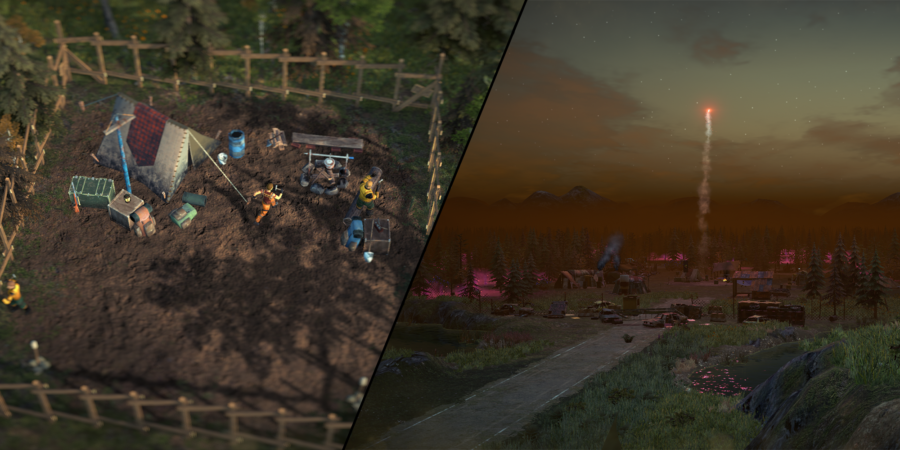 The second major feature is the Ranch. This large agricultural building allows you to raise livestock as a source of meat for the colonists once you trade for some from a Society. Some animals provide other resources as well, like sheep generating wool used as Fiber, or Chicken providing the colony with eggs. Animals have to be tended carefully, though, as they’re vulnerable to similar hazards your people deal with in the post-apocalypse. But as mid-to-late game food production goes, Ranches are top of the line. 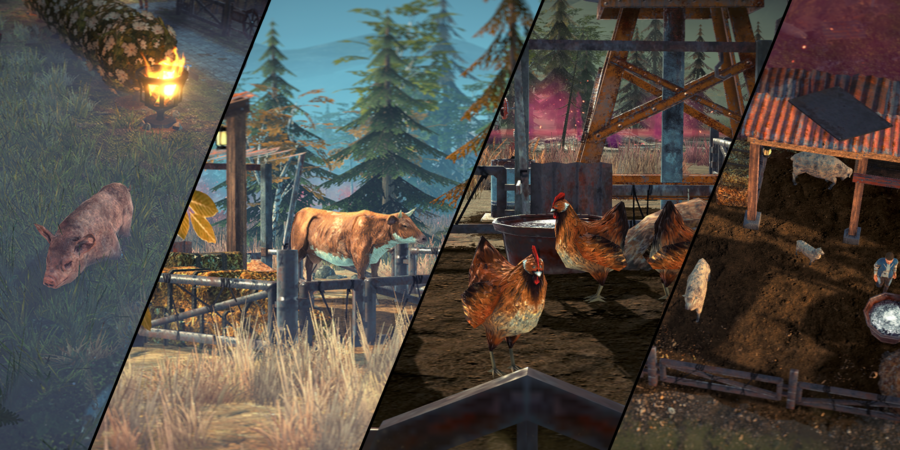 For this Dev Diary we had the pleasure to interview Jonna, one the team’s very first members who is working as a Game Artist/generalist in Surviving the Aftermath.

We started the project way back in what was essentially just a single room full of people. The plan was to complement the rather grim theme with a bright look and feel so the post-apocalypse wouldn’t feel too overbearing. There was a lot of experimentation and iteration with the visuals from the almost cartoony style to very dark and gloomy. While we wanted to retain some of the color from the first versions, the final look is somewhere in-between the two opposites. While I think we’re on the right path in how the game should look, there’s still a lot to be improved and brought in-line with the rest. A splash more color here and there wouldn’t hurt either. 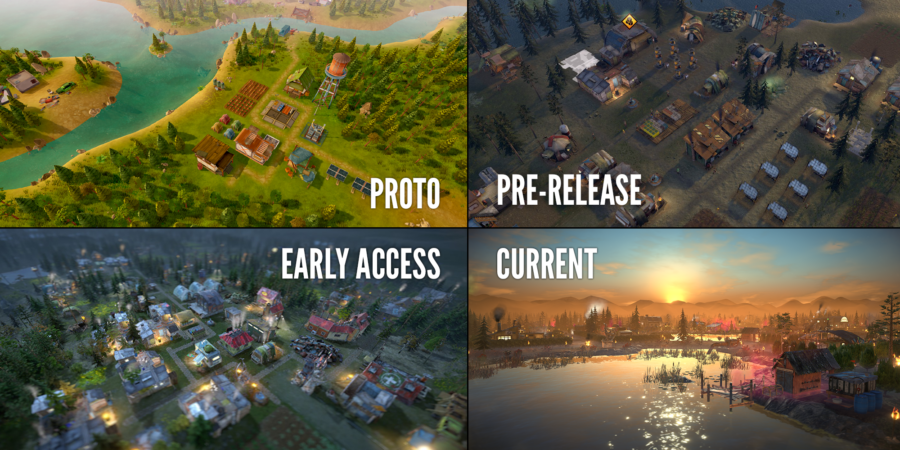 The goal was to include lots of recycled materials and surfaces to the building designs, as they would be made of scraps, car parts and other junk while the designs themselves would be more contemporary in nature. For example shelters like the Shanty – a repurposed camper wagon of sorts – have been a part of every single iteration from the start. The preference for recycled materials has proven to be a good guideline to keep our feet on the ground and not go too science-fictiony.

Recently I’ve been doing all sorts of models and touch-ups in different parts of the game from the new Pollution and Rare Metal deposits to building modifications, Work Area banner models, Ranch animals and World Map visual improvements. While I tend to jump between multiple areas as needed, the option to concentrate on a single big task like the World Map has been refreshing.

I like having more people around now compared to how we started, as it allows us to bounce around ideas within the art team. Everyone has left their own unique mark on this game and it’s nice to see your work becoming a part of a greater whole. 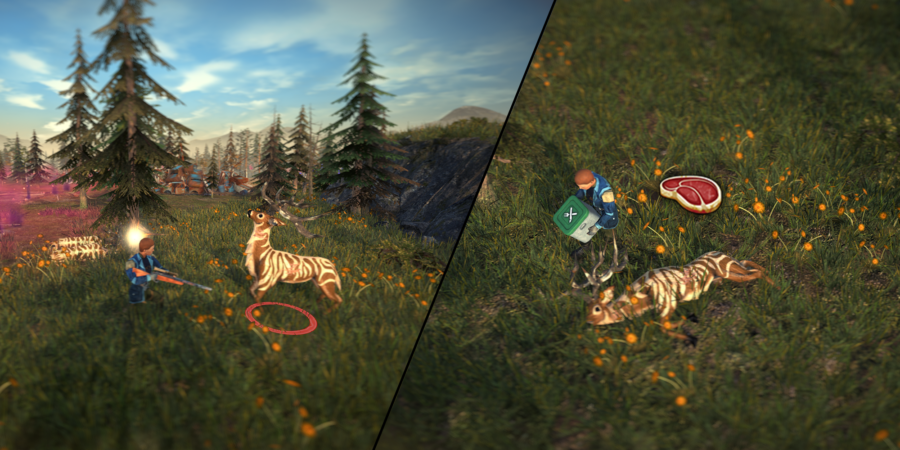 Larger and smaller features and additions are aplenty once more, but here’s a few interesting ones: wild animals will now remain as carcasses when killed, allowing your people to gather meat from them via Work Areas or controlling Specialists directly to do so. Resource boxes will now eventually fall apart and disappear if left on the ground for a long time. The improved tooltips will help identify the condition. Colonists and Specialist walking speeds have been adjusted to give more emphasis on building a good network of roads. Distances between buildings in the same production chain matters more than ever, so optimizing your colony layout and upgrading roads whenever possible will ensure your people will have all they need to survive in the post-apocalypse.

And that’s it for this “First Settlers” update – keep safe wherever you are and keep sending us feedback here and elsewhere!