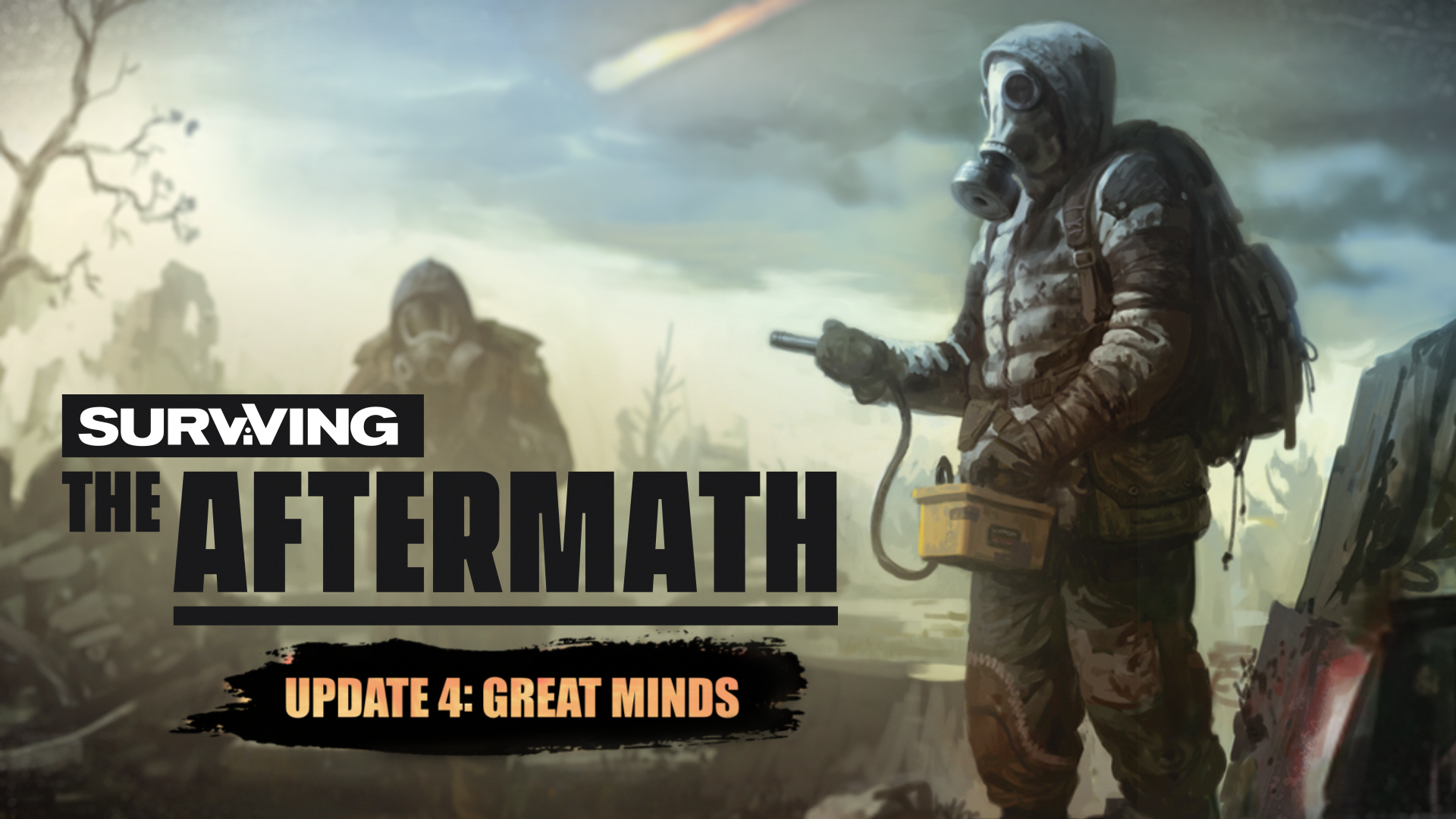 We have another new update for Surviving the Aftermath! Update 4: Great Minds focuses on a new and enhanced tech tree, society leaders and several gameplay and balancing improvements. As always, thank you and all your great minds for your feedback, and keep it coming!