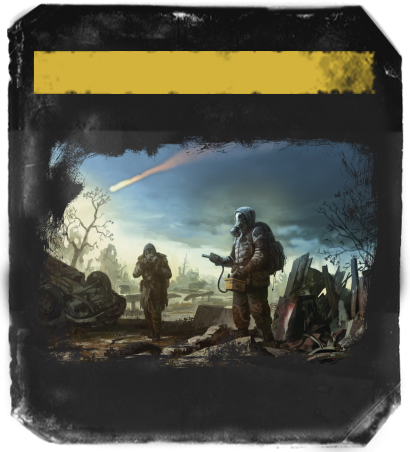 Greetings once again, survivors!
I’m Matti and today’s Dev Diary topic is the “Great Minds” update. The first of its many features is a hugely important one – a proper Tech Tree. It’s got a total of 79 unique techs and a horizontal layout with new mechanics. In addition to unlocking buildings, you can now improve their efficiency, durability and so forth. This is not its final form yet, but it includes a more diverse set of options on what to pick next. Techs will now require some time to unlock, but you don’t have to open them all to progress. Science Point gains on the World Map and from events have been increased to allow players explore the Tree better.

Creating a Tech Tree involves a lot of work from several developers. In addition to all the design, new tech effects need coding, the UI requires graphics and everything has to be wrapped into an efficient and clear format. Our Art Director and my namesake Matti went into more details on what goes into making this happen:
“Most often UI is something you don’t think about unless something’s wrong with it. To avoid issues, you really have to think of the purpose of the interface you’re designing – what kind of content it needs to display, how much of it needs to be shown at one time and how players interact with said content. In the Tech tree’s case the content is a large set of techs on semi-linear progression paths that players can view, compare and unlock.“
“Visuals have to support this with unnecessary flair scrapped; it’s very much substance over style here as there’s little point in having an awesome-looking but unusable interface. Builder and strategy games especially rely heavily on the UI to distill game mechanics into easily digestible form. To make the Tech tree meet player expectations and be easy to use, common UI conventions were employed wherever possible.“

“Updates in this project have been rapid and features go from design to production at a very quick pace. This has sometimes left little time to iterate the first public version of the UI. The original Trade UI is an example of this issue. Communication is really the key here as creating a Tech tree ties into so many disciplines from design to visuals to programming. As the UI designer you really have to know what’s going on with each one. And all theories and opinions aside, the final verdict of a successful UI design lies in user feedback.“

Societies are also getting a facelift with a bit of world-building. The most evident sign of this are the new leaders! We’ve added 10 varied personalities to lead the wasteland societies all with their own goals and ideologies. These leaders should add some charm for the groups you meet and conduct business with. As with all new features, we aim to expand this in future updates by introducing more ways to interact with them, such as diplomacy and war. The world map should feel alive with opportunities and dangers, after all. Other societies are an important part in this plan, and their leaders are just the first step with bigger features yet to come. World-building efforts continue in the future with expanded backstories and histories for the societies themselves to flesh them out more.

Garages and Vehicles have been updated as well with new features and fixing some of the old ones. Vehicles now require Fuel and a Specialist to be fixed. They also take a bit of damage every time they move on the map, prompting further repairs along the line. Using Vehicles is also more fluid with interface improvements and Specialists using only some of their Action Points to disembark. Now you can drive to a location, hop out and brawl with the bandits all within the same turn.

Visuals have gotten some love and care, too. Colony view lighting has been improved and the day/night cycle is now more dramatic with deeper blues and brighter highlights. Flags at the colony gate have been upgraded to banners and the gate itself opens (!) for survivor groups to get in. Colonist 3D models have been revamped and Specialist models have gotten enhancements as well. And finally the Food Storage was updated to show more on what’s stored inside.

Quality of Life improvements include resource tooltips in storages, the ability to send Specialists and Vehicles automatically to the colony (community request), World Map showing number of turns to reach destinations (community request) and more. Bigger balance changes include reducing catastrophe warning time to just one day without the Radar, adding bigger Plank piles on the colony map to compensate for Sawmill now being an unlockable building and lowering Soybean yields so it’s not the end-all-be-all crop compared to everything else.

Hope you’ll enjoy the new Tech tree, leaders and improvements in this feature update. And as ever, we really appreciate all the feedback you send our way!