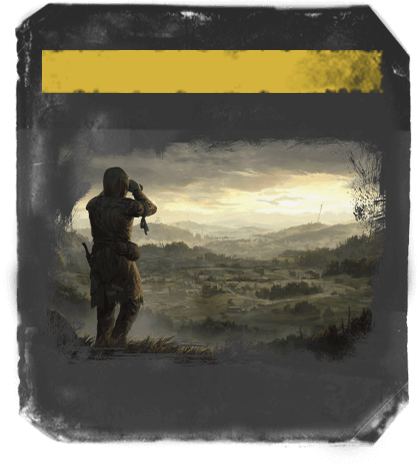 Hello everyone! My name is Matti and I work as a Game Designer at Iceflake Studios. A lot has happened over the past month after the Colony update, which focused more on buildings and resources. This time it’s more about the World Map and what you can do there. We’ve added Societies, Outposts, Trading and improved visuals of the map view itself. A variety of balance changes should make living the post-apocalyptic life more interesting. Our programmers have also found and fixed several causes for the stuck colonist bug.

The first big addition to the World Map are the Societies! You’re not alone in the world, and other people have made their homes in various sectors. Once you find a Society you can start trading with it by researching Bartering and building a Trade Center. Pressing the new Trade button you can see what’s on offer and how long it’ll take to reach your colony. Each Trade Center can handle as many convoys as it has workers. This is just the very first version of Trading and a little bare-bones, but fleshing-out the World Map was definitely something both we and the community wanted sooner rather than later.

Outposts are our first step in resolving the “grindy” nature of the World Map exploration and something our community has been vocal about. Once you’ve researched the “Frontier Outpost” tech, build an Outpost Depot in the colony and set it to establish an Outpost on any explored World Map sector that doesn’t have a Bandit Camp or Society in it. Once built, this it will act as a drop-off point for the resources your specialists are carrying, transporting the goodies immediately to the Outpost Depot storage in your Colony. Specialists won’t heal at an Outpost, so bringing them back from time to time is still necessary.

Much-requested by you, we’ve improved movement on the World Map. You can now click and set a destination several days off from the Specialists’ current location and have them move towards it automatically at the end of their turn. If you want to cancel this, just select and move them towards another location. Specialists also refresh their Actions Points at the same time now (twice per day), so you don’t have to jump back and forth between the map and your colony as much. You can see the progress towards next AP refill from the World Map button’s edge meter.

We’ve also added some new content. Colonists got more portraits and you’ll be getting over 30 new Specialists knocking on your gate. Bandits have also divided themselves into factions like the Wolf Gang and Doomsday Militia, and get increasingly tougher the further away from the colony your Specialists venture.

In addition to new things to do, we’ve also overhauled the World Map visuals. The old map honestly didn’t look too good and felt flat in more ways than one. Kalle, one of our game artists, has been hard at work making it feel more epic. New mountains and swamps, better buildings in the urban biome, atmospheric effects and biome-specific roads all add up to that. Adding mesh support to mere height maps helps create more detailed terrain features. There’s a lot more fidelity especially in the mountains and marsh lakes. But it’s also important to keep visual elements separate from game objects to not confuse players, or block their view. There’s still a lot to tweak and improve, but for example the plains biome looks rather nice as a result.

Extractors are now working more like we originally wanted but couldn’t develop and test in time for the Colony update. Instead of being built on barren soil, they must now be placed next to emptied resource deposits. For example, once you deplete a Metal Deposit, a much larger underground deposit will be discovered underneath it. Underground concrete deposits will spawn from large ruins.

A lot of balancing changes are also coming in. Birth rate and survivor group sizes have been toned down to prevent explosive population growth later in the game. Water and water-related buildings have also changed. Water Towers are now much cheaper and are drained empty slower than before, making them a viable option to just building a ton of Wells everywhere in case of a Heat Wave or a Pandemic. Basic building material balancing continues too, with Metal and Concrete being replaced with Plastic in several places. And finally, the deadly Nuclear Fallout and Meteor Shower catastrophes are now a bit less deadly and more in line with other horrible events as requested by the community.

For those interested in statistics (like me), we got the first version of Graphs. We’ve started with some simple basic info views and will continue to develop the feature from there. Found in the Statistics view, they’ll track stuff like population growth and resource production. Use them to find a bottleneck in your colony or to just admire the (un)steady rise towards prosperity.

So that’s it! We hope you’ll enjoy the Societies and Outposts update, continue giving us feedback and stay tuned for the next feature update!