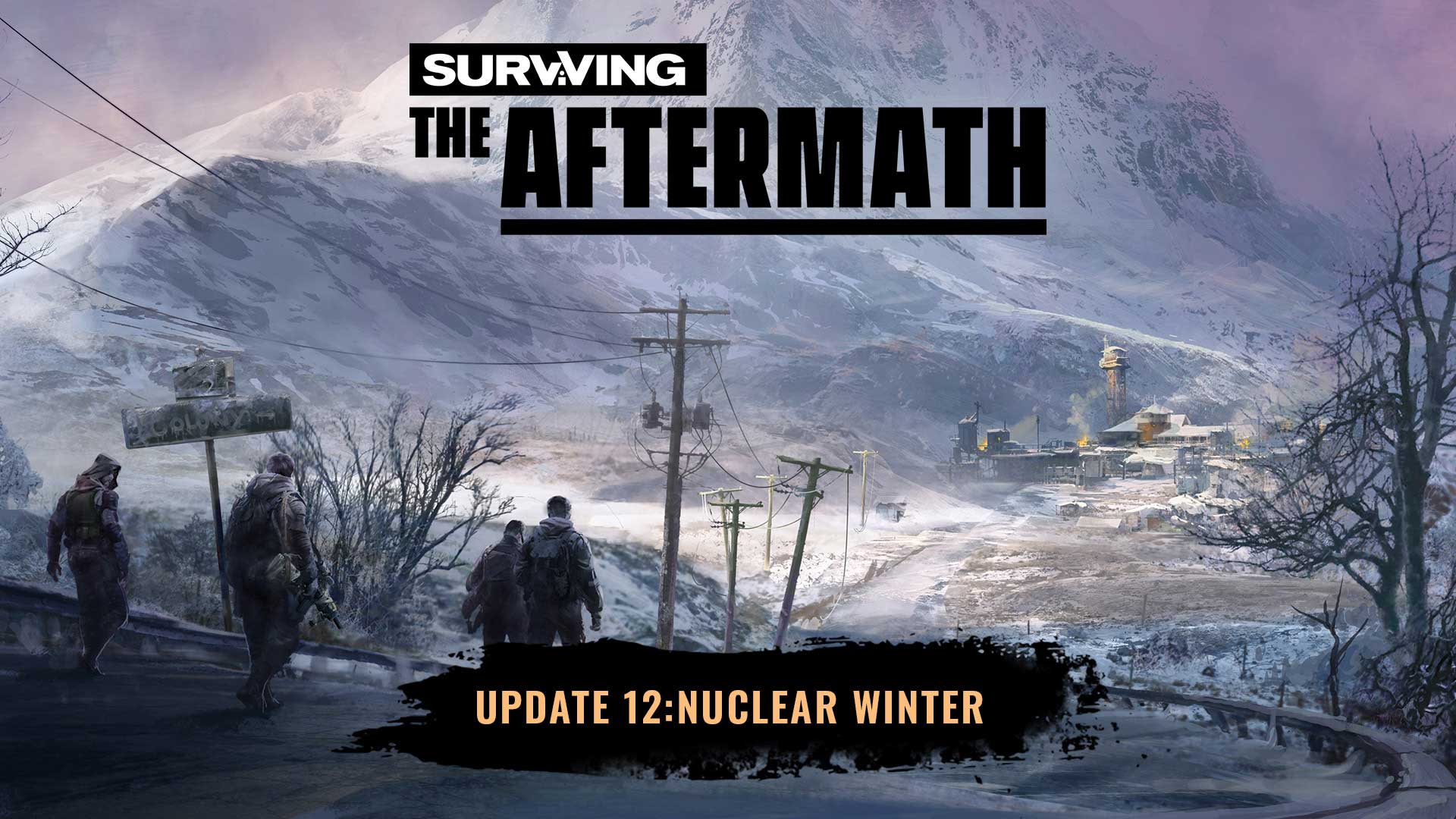 This event is unlike any other. It features a shorter Fall and Spring time as well as the actual Winter.

Fall happens at the beginning of the catastrophe cycle. During it, the colonists can get the Cold condition that makes them more vulnerable to Infection. Crops start withering and if the Ranches are not heated, the animals will stop reproducing.

Winter comes after a few days of Fall. During the snowy season, the colonists are susceptible to Hypothermia. If left untreated, the colonists will eventually die from it. Colonists can cure Hypothermia by going to sleep in their homes if the home is heated.

If their home is not heated, the colonists should seek available spaces in other homes that are heated.

If the Ranch is left without warmth, the animals there will die over time. If any Crops are still left on the fields, they will die from the cold as well.

Removed the Logging Camp building from the Communal Eating Tech and added it straight to the Build Menu. It can be built after you have invited the colonists into your colony.

Clothes will help slow down Hypothermia but they cannot prevent it completely.

If the workplace of a colonist is within the Work Area of a building that produces heat, the colonist will not be colder.

Some buildings will also be completely unusable during the winter. These include but are not limited to the Fields, Fishing Hut, Aqua Farm, Water Pump, Water Collector.

Spring arrives after the cold and long Winter. During this phase, colonists can no longer get Hypothermia but the temperature is not warm enough to cure it either. Fields will still be suffering from the cold and be unusable

This will expand the feature added in the previous update.

These quests will now feature locations that have Bandits on them. You will need to first defeat the Bandit to gain access to the location to complete the quest.

SPECIALISTS AND THE WORLD MAP

Specialists now scavenge locations on the World Map based on time instead of APs. The entire action has been reworked so that you no longer need to command them one by one and the action should feel smoother than before.

Commanding a Specialist to a location to scavenge and immediately canceling that action will not affect the Specialist.

Allowing your Specialist to stay in the location until it is empty should trigger the same pop up once you select the Specialist. You should then be able to command them as normal.

If the Specialist dies in the location due to hazards, you will see the animation once you go to the World Map and select the Specialist. This should prevent you from missing the death as you might have before.

While the specialist is in the middle of scavenging, you should be able to see an icon on top of them. Once they are done, you should see a pulse in their Action Point indicator, similar to the one shown in the colony on the World Map button to indicate that they are ready for action. The Specialist should also be doing an animation that indicates the same thing.