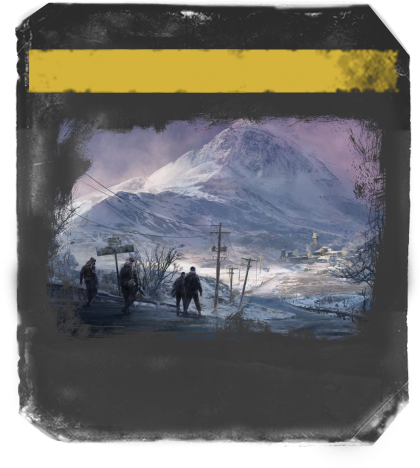 The end of the year 2020 is looming and we’re going seasonal! The Big Thing this update is the coming of Winter in its stormy and unrelenting form, challenging the colony to survive through its long duration. Build firewood or energy-consuming Heaters to keep your Shelters warm and stock up Food and resources to maintain the colony for its entire duration. We’re also expanding the Quests with new combat options, adding very effective Superior-quality items for your colonists, and improving a ton of other things from the World Map UI to Statistics, new overlays, and balance changes. 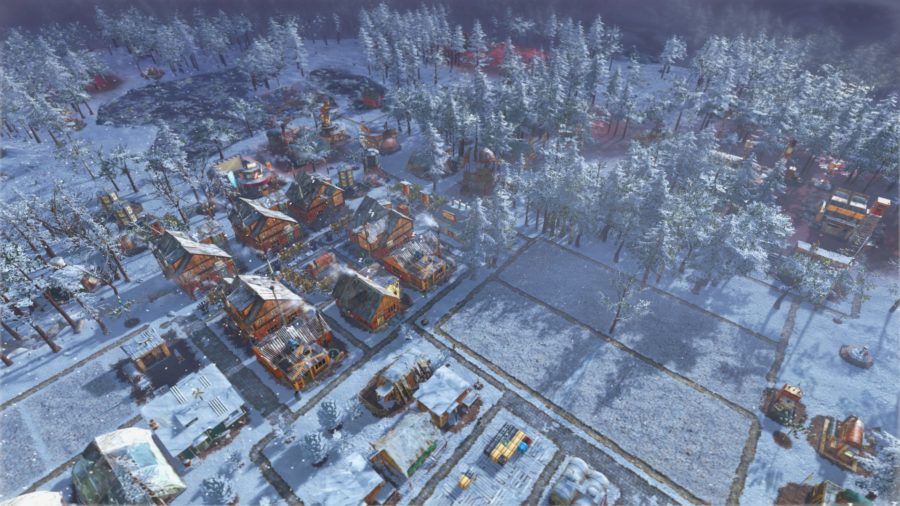 Seasonal Winter Storms are heading your way with freezing winds and snow descending on the colony. It starts with a mellow autumnal phase, that withers the crops and warns of the incoming cold. Stock up on Firewood and build heaters around your Shelters to keep them warm and prevent colonists from going into dangerous hypothermia. This catastrophe will last for several days and will affect everything in the colony, so be prepared. Once you get your tech level up, invest in an advanced form of the heater with a larger effective radius and Energy as its fuel source. 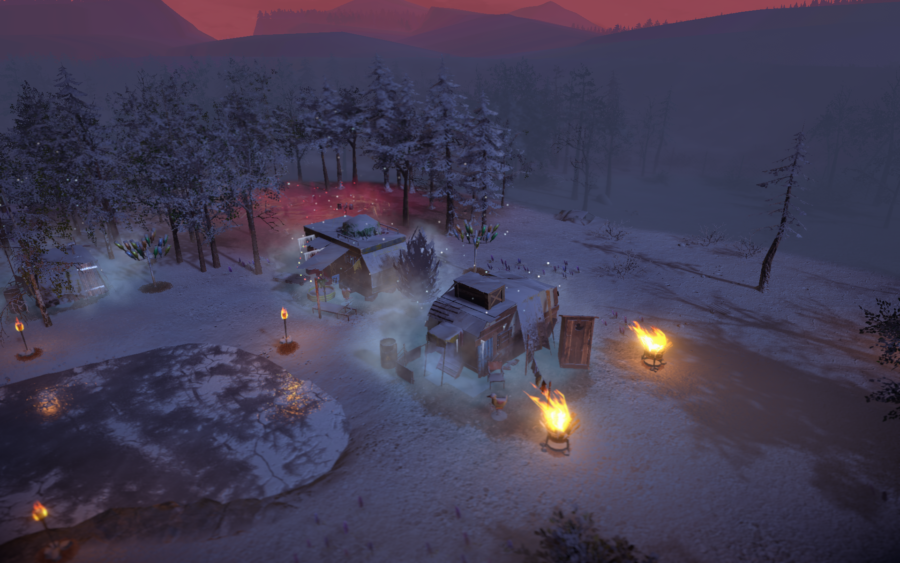 We’re expanding the Quest system from the initial version with combat in addition to a set of completely new adventures to embark on. Combat quests introduce bandits you must take out in order to proceed and range from simple to very challenging ones. As before we’re interested in your feedback on this and will develop the entire Quest system further in future updates.

A new tier of colonist items has been added into trade, World Map, and craftable recipes. Superior Tools last a long, long time but are costly to manufacture. Protective Clothing helps colonists deal with the elements like dropping temperatures or incoming radiation, reducing their effect considerably. Automatic Rifles are the pinnacle of colony protection and up the effectiveness of your Guards a large margin. All three items are both valuable and harder to make but should be well worth the investment.

For this Dev Diary update we interviewed Jarmo, our senior game artist and the one in many ways responsible for the visual style of our Winter Storm catastrophe:

“My main duties at Iceflake include looking after our 3D art team, especially helping with the more technical aspects like using Adobe’s Substance texturing tools and Blender. Our Art Director has the final say on the visual side of things but I give such feedback as well. The more independent tasks range from 3D modeling and texturing to character rigging. A big part of my job is adding and setting up new models into Unity and tweaking lighting and post-processing there. Sometimes I also assist our UI team by rendering various images like building thumbnails. In part, I also oversee the 3D outsourcing process. You get to wear many hats in a small to the medium-sized studio. Medium-to-large ones often rely at least partially on outsourcing and the largest ones can afford to have people specialize in some specific area of art creation. That of course depends on the individual studios.

I was inspired by the work of other visual artists and wanted to create something similar myself, so I self-taught myself the basics of 3D modeling and eventually ended up at Helsinki Metropolia University of Applied Sciences in 3D animation and visualization. The studies enhanced my own learnings and a fellow student directed me to Blender software. From there I got into a Finnish mobile games company where I spent the next 5 years before coming to Iceflake Studios in Tampere as a senior game artist.

While definitely not necessary, visualization and artistic studies can really help in working with 3D. Formal education is similarly useful (especially for learning teamwork and formalized processes), but in my case not strictly necessary. The main benefit for me was getting contacts which led me to find my first job in the games business. Nowadays some great 3D modeling software suites like Blender are free, so there’s really no excuse not to give it a shot if you’re interested in the field. You can then advance from hobby projects to more serious work either at a games studio or as a freelancer if you prefer more independent work and can keep up with tight deadlines while maintaining quality. If your passion is creating art, it might be worth considering a job from an outsourcing studio, as you get to make more art and worry less about the technical implementation. That doesn’t, however, mean you don’t get to make art in game studios.

For an update like this, we first create a visual target and try to get as close to it as possible within our schedule and resource constraints. Finding the right visuals for a post-apocalyptic world is an interesting challenge since while we haven’t seen it ourselves, they still have to look grounded and believable. The scenes should be clear and enticing without becoming magical in nature. Houses and their materials take their inspiration from real-world ones, so while it’s easy to find references and ready-made textures and materials for those, everyone also knows what metal or wood should look like. So if something is a bit off it is easier to notice. With a more fantastical theme, it’s easier to get away with just doing what you feel is best yourself. PBR (Physically Based Rendering) is a great method for this as it adheres to laws of physics in reflections and so on.”

There’s also a ton of other, considerable improvements. Two new overlay modes include Soil Fertility (community request) for Fields, Wells, etc., helping identify good locations for farming and other soil-dependent buildings. Temperature overlay assists in tracking how your colony is doing in the Winter Storm and if you’ve forgotten to cover some of the Shelter within the heater’s radius. World Map UI has been updated to be more informative, Quest locations are more visible and catastrophes are in full display over your colony as seen below! 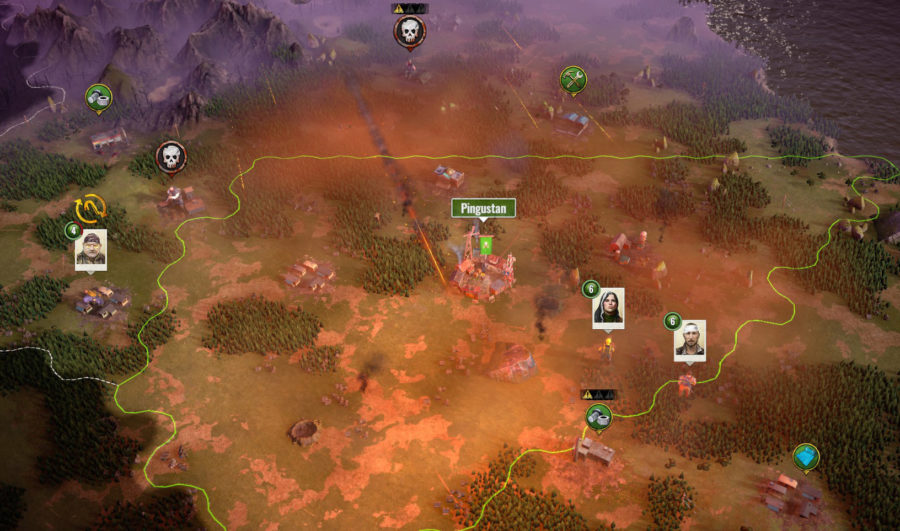 And that’s it! Check the more detailed and in-depth patch notes for all the changes, play games, and keep safe for the upcoming winter season!