We’ve been hard at work on the second part of the new game start we introduced with the First Settlers Update. We call this update “Uncharted Lands.” It contains more additions to the first moment of each playthrough, a new energy production method, vastly improved terrain visuals, colonist aging, and much more! There are many very fundamental changes in other parts of the game as well, and unfortunately, this means that old saves will not work with this update. We’re very sorry for this, but it’s bound to happen at various points of Early Access development.

A thick fog has descended upon the colony map, obscuring vision beyond your immediate surroundings. You must take your brave specialists to uncover resources and danger lurking in the mists to clear the way for scavengers and new buildings alike. 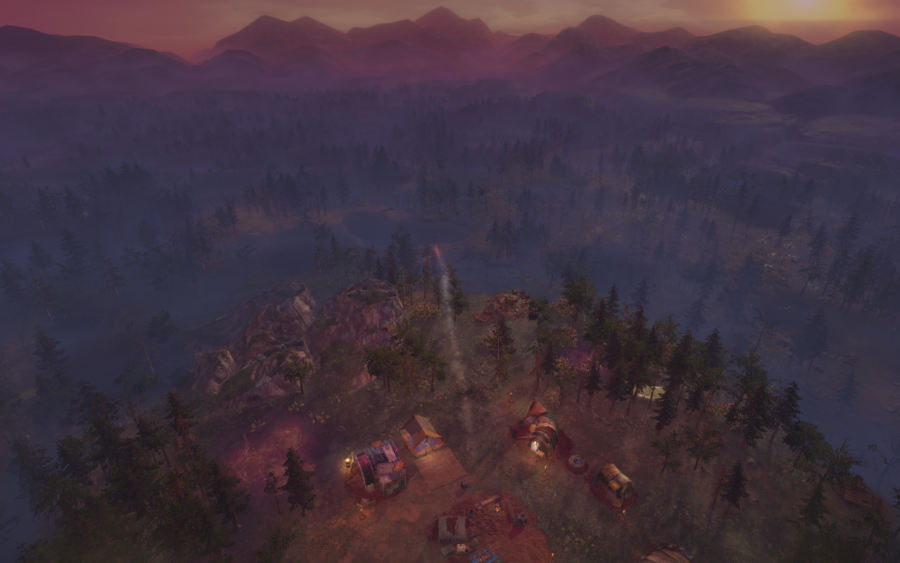 Energy production has received an overhaul, similar to water production. You must now build a new transformer building to distribute energy created by solar panels and wind turbines. It supplies energy to all Buildings inside its effective area as long as there’s an energy producer or energy storage near it. So make sure all your energy producers, consumers, and storage are within this new energy grid. 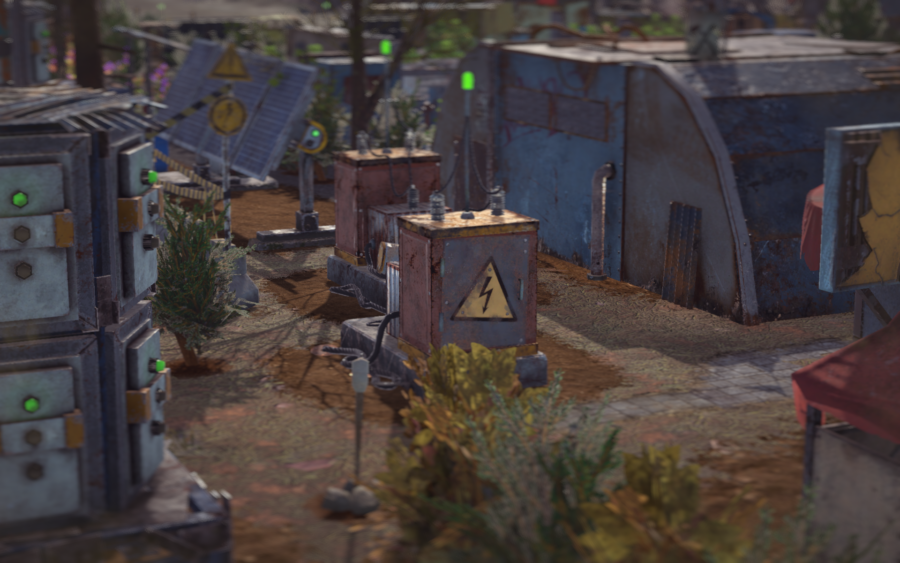 All terrain visuals have received a big update, making them both more natural and clear. We’ve gone through terrain materials, textures, vegetation, trees, and postprocessing to create a more vivid and exciting colony scenery. A picture is worth a thousand words, so instead of telling about all the changes, let us show them. 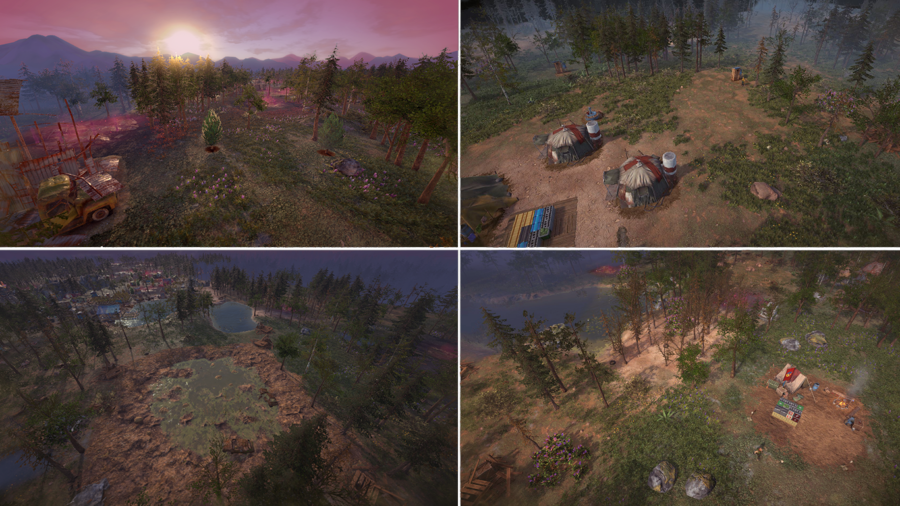 But be careful of what to eat! Food types now have separate pollution values reflecting how dangerous they are for your colonists in the long term. Pollution accumulates the most on wild animals and early crops, so take that into account on what your colonists eat. Trade for healthier food or better seeds with Societies, and scavenge preserved pollution-free food on the World Map to alleviate this. Other pollution sources have been downgraded a bit, and Radiation Sickness is a touch less deadly from before to preserve the balance. 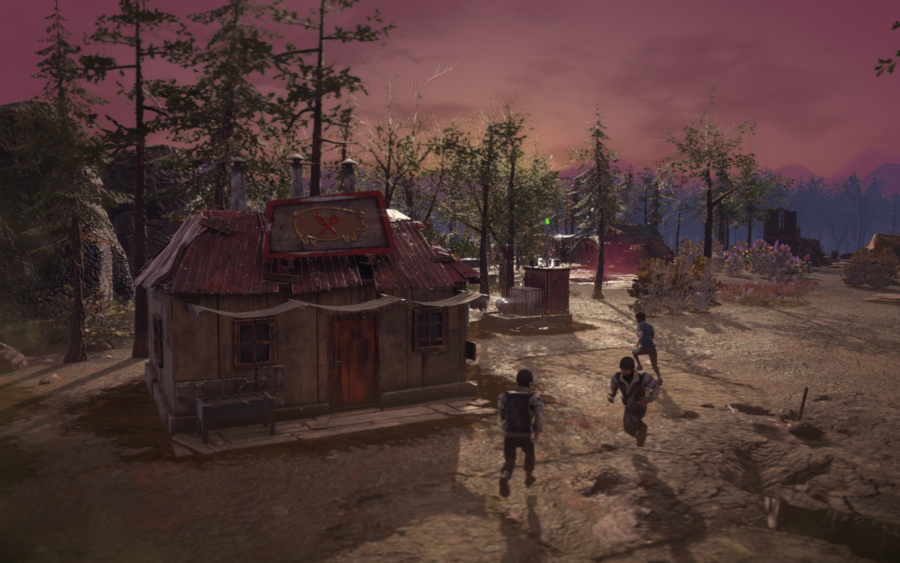 Be prepared to send your fond farewells, as colonists will now eventually die of old age. This is a significant change we hope will shake up the longer games’ population and make it more dynamic. Birthrates have been increased in the more private shelter types, and survivor groups are bigger to counter this. This addition is an important step towards raising the population cap by a significant amount in future updates.

This time we’re shining the spotlight towards Emmi, our perpetually smiling producer, and the one in charge stuff actually gets done on time.

“I got a bachelor’s degree in audiovisual media culture from the University of Lapland with a plan to get into the games industry. Though a producer’s job wasn’t necessarily the first thing in mind, it ended up becoming a perfect fit with my general interest in various aspects of game development.

Day-to-day work depends a lot on how duties are divided inside the company. Large companies have more specialized producers, while in smaller ones, you have to manage several tasks simultaneously. I organize and go to different types of meetings from daily calls (what everyone is doing today) to monthly planning, conference calls with Paradox, briefing, debriefing meetings before and after milestones, etc.

The other major component is creating, monitoring, and following up on tasks on our Task Management board, so they progress and, if not, investigate what the problem is. In a small company, you get to know everyone quickly but at the same time remain firm on making sure they keep their deadlines. It’s a strange combo at times but something you have to become familiar with. In the end, a producer should be there to help others and, in that, the entire project to succeed. You have to know what’s going on, and when the unexpected happens, be open about it, fit the extra work inside existing deadlines, and re-prioritize when necessary.

It’s crucial to understand how various departments work – coders, artists, designers, writers, and QA all have their preferences, terminology, and interconnected tasks. You don’t necessarily have to be in charge of finances, even though that’s often tasked on the producer. The CEO, CFO (chief financial officer) or the publisher might be handling some of that burden, for example.

So if you’re planning on becoming a game producer, try learning about the basics of the entire game development process from scheduling to task management, outsourcing and so on. Use resources like GDC talks on the net, network at industry events, go to game jams, and read project management, leadership and ownership literature. Starting as a QA isn’t a bad way of getting in grips with it all. Game producer’s job isn’t for everyone, but if you’re organized even under stress, tight deadlines, and budgets, it might be something to consider.”

And finally, a bit more about this update: other improvements include more guidance for the first steps of setting up the campsite and prepping the area, Specialist quick selection UI, vehicle selection for garages, and making colonists smarter. They won’t be idling, “having fun” or having a break while suffering from a severe condition with free space at a Medical Tent or Field Hospital. Colonists also attempt to flee combat towards their home or the colony center when on low health. The tech tree is also going through some changes, which will be visible in the next update. 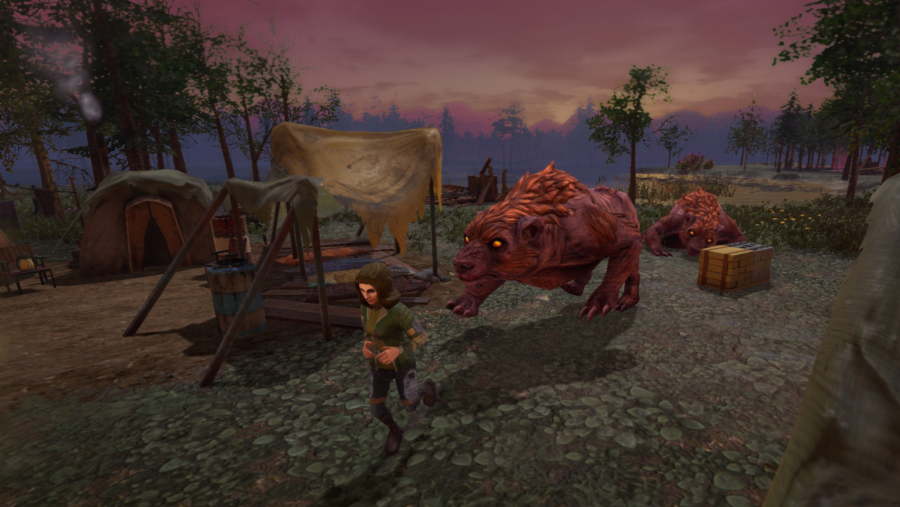 There’s a bunch of smaller additions, tweaks, and fixes. And a note to modders: we’ve updated the Unity engine to version 2019.4. Keep on sending your comments and feedback through the regular channels in-game and here on the Paradox forums to help us make the game better for you.