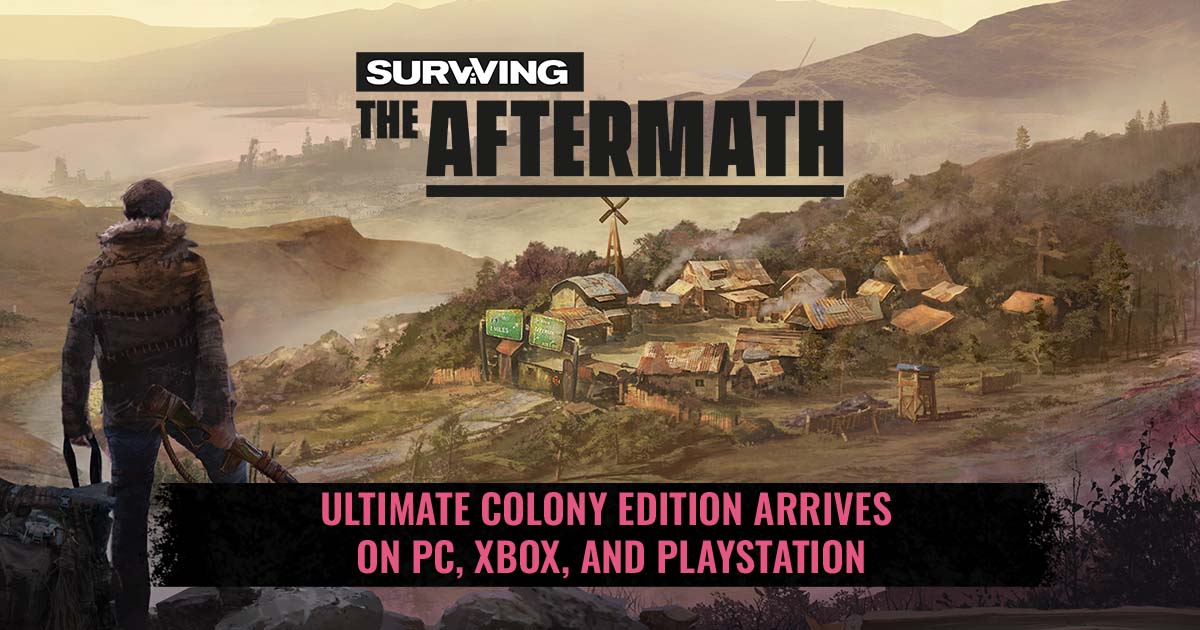 With only a week left till the full release of Surviving the Aftermath, there’s very little time to grab a copy of the game with the lower Early Access price. As we announced last year, with the 1.0 release the price of the base game will be increased to $29.99/29.99€. It’s also a reminder for players wanting to obtain Founder’s Pack content before it becomes an Early Access exclusive!

If you want to get the most out of Surviving the Aftermath, this offer is for you! Ultimate Colony Edition gives you access to the base game, Expansion Pass content once it becomes available, exclusive in-game items, and a unique questline where you… no, we’re not going to spoil the surprise just yet.

For players who already own Surviving the Aftermath, we will offer the Ultimate Colony Upgrade which contains Expansion Pass, exclusive items and questline for $24.99/24.99€.

If you already own some of those titles, the -20% bundle discount will still apply to the games which you don’t have in your library yet!