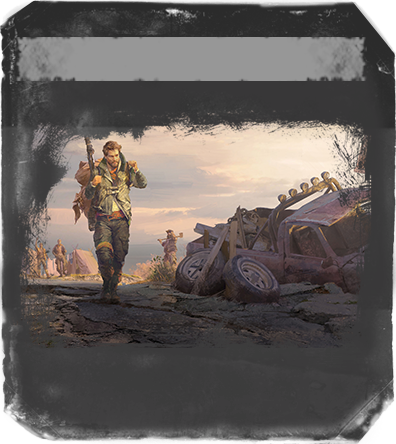 In this Silver update called “Trailblazers” we’re adding a lot of depth to the world map by expanding the  features like outposts and bandit combat. Other major improvements involve new building-based colony exploration, prefabricated buildings for game start and a number of quality-of-life improvements from research queue to carrier limits and more.

The outpost system introduced in the last update has been expanded with two new outpost types. The Research Outpost allows you to extract science points from new types of locations on the world map. Once built by a settler, this outpost will steadily produce science points to fuel your research. The other addition is the Survivor Outpost which looks for survivors wandering the wasteland and invites them to join your colony. The sector info UI panel has been added to give high level information about the sector, quantity of survivors in the sector and the science rating of that sector to help in finding good locations for the outposts. Science Point amounts and requirements have been rebalanced to accommodate this addition.

On the combat side of things, the new rules of engagement add bandit groups to the world map with a reworked method on how damage is divided between the combatants. The entire bandit group shares a common health pool – the smaller it gets, the more bandits are taken out, reducing the damage they can inflict on you. Bandits damage specialists in the battle evenly, so fighting against larger forces there will be more damage dealt for each specialist. This means large groups can do serious harm and should be approached with more than just one specialist to divide their attention, even if they’re competent fighters. The new combat UI with a balance of power indicator helps you assess the threat better and track how well you’re doing and how the situation changes in case you bring reinforcements, or pull someone away from the battle. 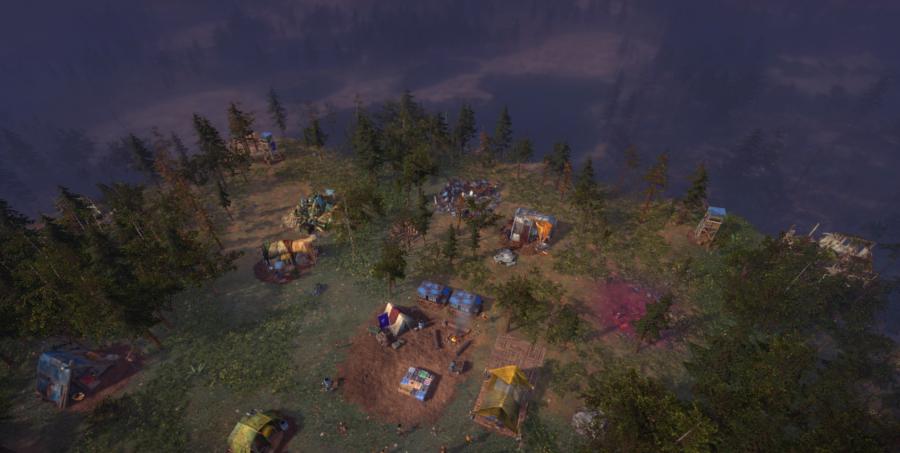 In our continuing efforts to reduce micromanagement, colony exploration is now handled via the Campsite and the new Scout Towers. You’ll no longer be ordering your specialists around to expand your colony limits one step at a time. Instead, once the Campsite or Towers are built, they’ll start revealing the area around them automatically –  faster at first and slowing down when they’re closer to their maximum range. You can also upgrade the Scout Towers into Guard Posts for added security against intruders. Campsite improvements speed up its scouting speed and range. The final Command Center upgrade explores the entire colony map almost instantly. 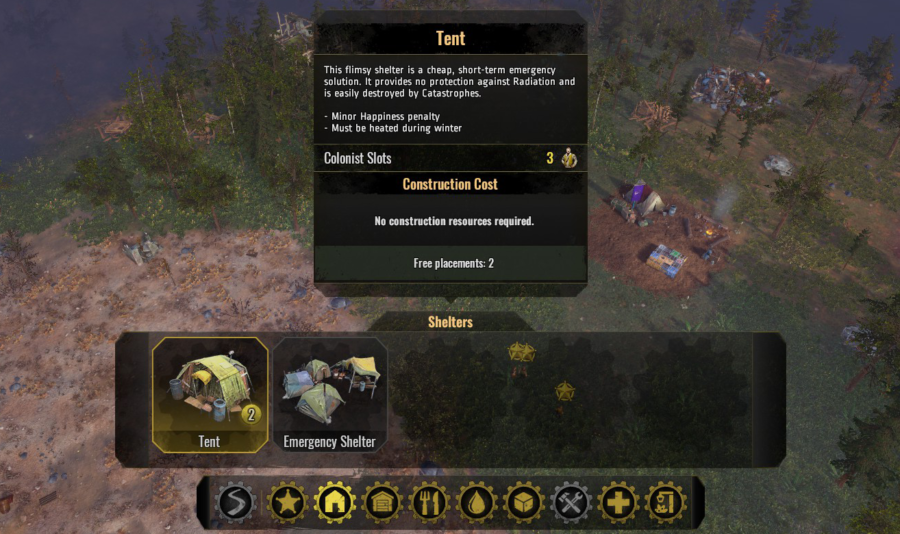 New prefabricated or “prefab” buildings have been added to kickstart your colony in the first stage. You can see their amount in the various sections of the Build Menu. Prefabs cost nothing to place, and are quickly and automatically built. Once completed, they act like any building of similar type. We’ll start small with this feature and improve it with future updates for more impact.

Technologies can be now queued within a single category. For example, if you want to rush for Reinforced Gate, you can queue it to have your colonists tackle all the prerequisite techs first and your chosen tech right after without additional input. You’re then free to manage your colony without having to return to the tech tree after each new discovery. You can also reset the queue if research priorities change.

Other various improvements include adding a minimum carrier count for the Campsite. This helps you avoid accidentally assigning all of them to other tasks, effectively grinding logistics and construction to a halt. Colonists will also pick up and drop resource boxes faster to speed up resource transportation further. Guards and specialists are now more responsive in combat, firing faster after given an order to attack. And as usual, this update includes a number of bug fixes and balance changes to improve the game further.

That’s it, trailblazers and survivors! We’ll keep improving the already existing features and adding some new ones while polishing the game. Hope you’ll enjoy this new update and share your thoughts here on the forums and via the in-game feedback tool. Stay safe and play games!

Don’t forget to check out the full changelog [here].