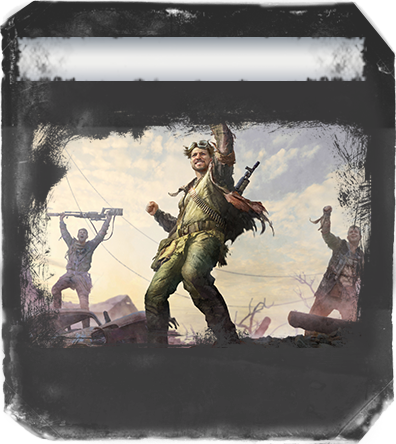 We’ve added a ton of new content and revamped the old in many updates, but this is hands down the biggest update during the whole Early Access period. We’ve changed or reworked the production chains, resource requirements, gameplay progression, the tech tree, rewritten events and quests, implemented a new happiness system, and added new buildings to push the game towards our original vision. All this has also reshaped the progression, which gives more clear goals and a stronger sense of advancing from one game phase to another. These changes are so fundamental and significant, so unfortunately the old saves won’t work with this latest update. 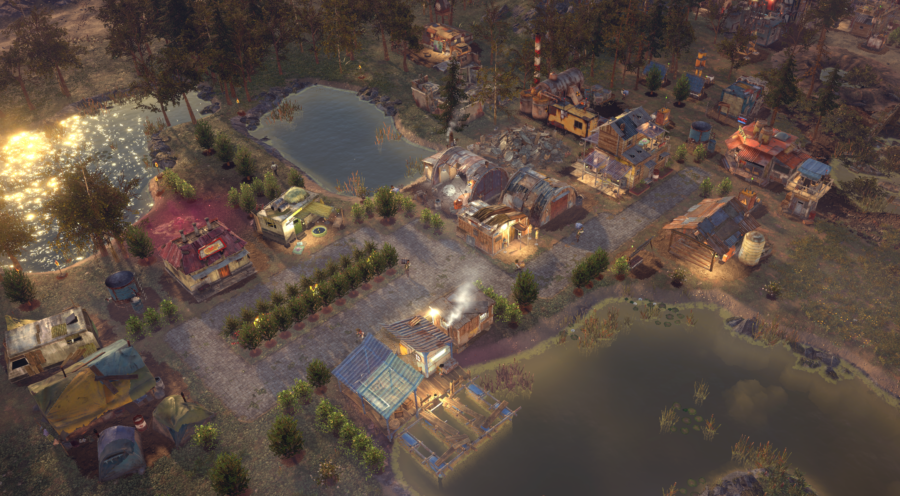 Our goal has always been to make a colony builder set in a post-apocalyptic world where the colony is built on the ruins of the old collapsed civilization, our civilization. Resources there are scarce and survivors need to use whatever is available. In this game, it is not enough to just stay put and try to survive, but also push further and explore the wasteland around the colony. Survival is not only about surviving through the day, but about learning to thrive in the devastated world. The people living in the colony are survivors of the cataclysmic events that took place a couple of decades back. When the game starts they are living on the brink of a new age ready to start a new beginning. Ready to build a new civilization on the ruins of the old. This is the story of one of the first colonies to do that and the player has the control to shape this story into something great. To build the first great colony into the wasteland, a beacon of hope for anyone looking for a place to call home.

This update focuses heavily on changes that make the game function more on a high level where micromanagement is only optional. To mention all the changes would be too much here, but for instance, it means that scaling the production is made by constructing more buildings, or world map outposts. To match the need for more workers by increasing the population can be controlled through player actions and cross dependencies to other features. Fighting enemies is no longer done only by ordering individual specialists, but by building enough guard posts to the right places and sounding the alarm at the right time. Or even paying resources to bandits that threaten your colony. With these changes come also new challenges. Happiness is not only a problem for individual colonists but a challenge to overcome for the entire colony as the population grows. Next, we take a look at the biggest changes in this update. But as always, all changes in the update will be listed in the changelog releasing later this week. 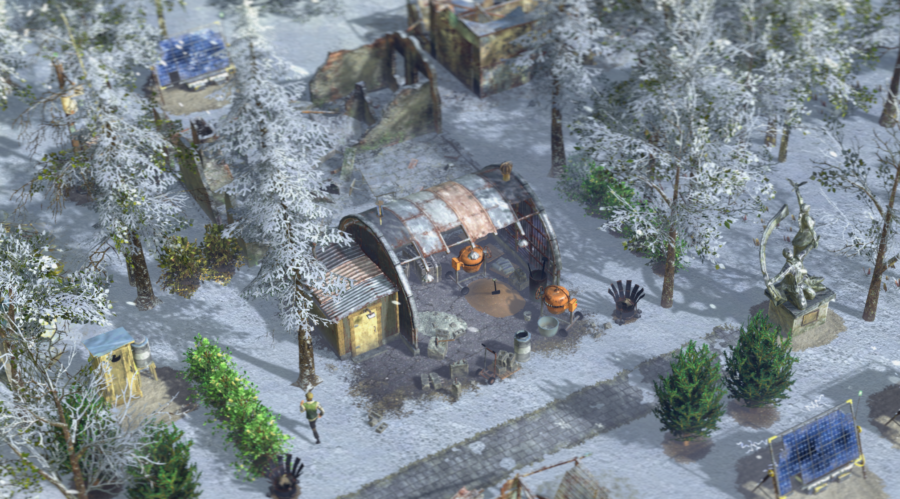 The Prosperity update includes a complete rework to the resource system in both how much you produce and consume, as well as how various resources are tiered and introduced in the game through progression. The increased quantity of resources helps to achieve more balanced gameplay, which also scales with the population and can be controlled by building more or less of the production buildings based on the current need. Another aspect is the more clear division between the colony and the world map as all basic resources are no longer available outside the colony. On the other hand, some of the more refined items, or advanced resources can be acquired only from the world map. These are significant changes, so we’ll be fine-tuning this part of the game also in the future.

The changes to resource chains have an effect on the construction requirements as well. Almost all buildings have been updated to match these changes and can be roughly divided into three main categories, which are the early, mid, and late-game buildings. In the early game, you’ll start with just wood and plastic. Metal becomes essential only when starting to move from the basic survival of the early game to mid-game challenges with more advanced and permanent structures. While energy requirements have remained roughly the same, the demand for concrete has been moved forward to a later part of the game, where it creates the foundation for a thriving community and allows you to build the most advanced structures in the aftermath. Also, the production of concrete has changed so it is no longer scavenged with a stockpile. Instead, it needs a new building called Concrete Scavenger that has the right tools to extract blocks of concrete from the ruins in the colony.

Everything from construction costs, map generation, and the tech tree have been updated to support this shift. For example, metal and concrete deposits are now a bit further away, prompting you to expand into new areas once your tech level affords it. So scouting the colony for the next potential production area remains as important as ever. The changes are not limited only to the colony as mentioned earlier since some items can now be produced only on the world map using the new Scavenger Outposts.

This new Outpost type works similar to the Research Outpost, but instead of science points, it collects resources and sends them back to the colony. The locations with a distinctive cog-shaped icon can be scavenged only by using the outpost. Note that Resource outposts won’t scavenge other locations in the sector, so they need to be emptied using specialists as before. A Resource Outpost requires no colonists to run and will provide you with high-tier items like Fun boxes, Superior Tools, and Automatic Rifles. Rare metals have been moved to the world map, so look out for those resource locations, or available trade options with other societies when setting up your own component and electronics production. Consequently, rare metal deposits and the Magnetic Separator have been removed from the game.

The tech tree has been fully reorganized for the final time with the goal to achieve a more linear and clear progression. Critical technologies are always on the main path and are impossible to miss. There are still cross dependencies between the branches, so hopping from one branch to another is needed. For instance, all branches have buildings that require energy or construction materials that must be produced with a building from another branch of the tech tree.

The rework has affected the locations of individual techs in the tech tree and renaming the main categories. The 130+ techs are now categorized under Food, Resources, Community, Infrastructure, and Safety. The ideology selections have also been updated with clearer themes of Survivalist, Industrialist, and Protector. The Survivalist takes advantage of the surrounding nature while the Industrialist can boost production in several structures. Protector is all about the health and safety of your people from medical care to weapons production. Decorations are now unlocked as you play instead of from the tech tree. One very requested addition is the icon in the build menu that appears when new construction options become available.

The entire happiness system has been redone as well and comes into play when the colony starts growing. As the colony grows and the basic needs of water, shelter, and food are taken care of, your population starts craving for something more into their lives. Something that brings them joy and relaxation outside of mere survival. The old system of colonists getting a small personal happiness boost from visiting an entertainment building has been removed and replaced with a new one. Now the need for entertainment grows as the population grows. To satisfy the need for entertainment the colony needs buildings that provide these services. Failing to provide enough entertainment leads to colonists not being happy in the colony and eventually leaving it in the hope for a better life somewhere else. One more thing worth mentioning is that colonists appreciate diversity, so building only one type of entertainment is not as effective as a more diverse selection of different facilities.

To support this change a collection of new entertainment buildings have been added to the tech tree to further personalize the colony. In total there are now nine different buildings that produce various forms of entertainment. A more peaceful colony can enjoy the botanical gardens and shrines while one with a more aggressive preference might build fighting pits and the fabled Stormdome. Either way, the happy colonists have a positive effect on the birth rate helping the colony to grow and thrive.

One huge task during the last few months has been the work we’ve done with all the events and quests in the game. They have gone through many changes and are more focused on telling something about the world and its history. They still have the same familiar themes in them, but there is also more information about great events that have shaped the world and the people in it.

Along with the bigger changes, a myriad of smaller improvements have been added, too many to list here. Sector scouting speed is now based on the Action Point value of a specialist. Good scouts will uncover a sector in 12 hours while slower specialists will take a little longer. Specialists are now selected with a single press on the specialist menu and the camera is focused on with a double-press. The preparation phase prior to colonists arriving has been shortened as specialists arrive together with the colonists. The task that remains, in the beginning, is to set up the campsite and place the available prefabs around it. All event windows have received a facelift making them more akin to quest windows. Specialist max health is now varied and based on their archetype. A new scaffolding animation shows better which buildings are about to be built and when they’re done. Check the detailed patch notes for all the changes and improvements. 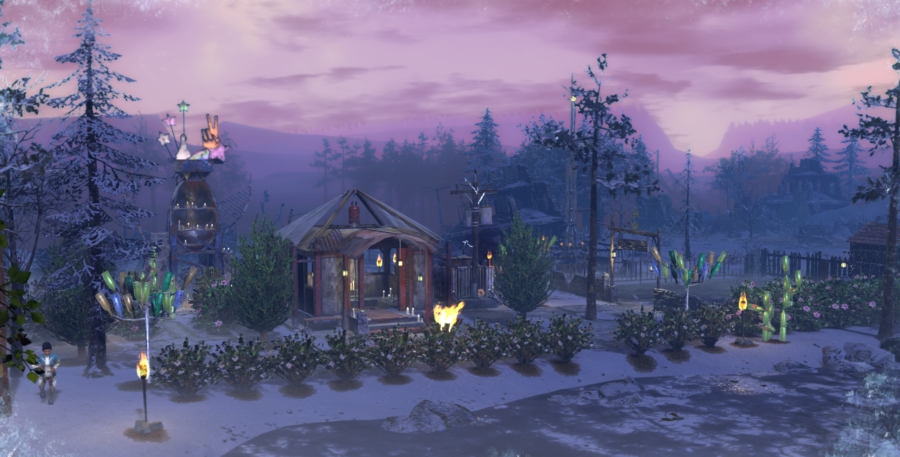 And that’s it! The Prosperity update is a big departure from some of the core features you’ve gotten used to, so we’re extremely interested in hearing what you think of the changes. But we hope you’ll be happy with how it all fits together in the grand scheme of things. Until next time, play games and stay safe!