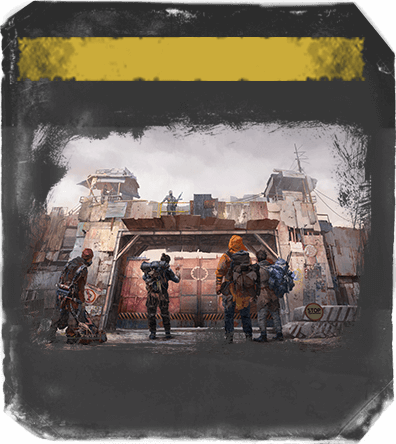 Until now we have pretty much avoided touching the core mechanics of the game and the way how they are balanced. Now, this is going to change. This update starts a series of improvements that go to the very foundation of the game by changing how the game flows and is balanced. We want the game to present problems that are solved by mastering the game’s various systems without removing the ability to always optimize everything one step further. This should be done through high-level decisions, which in our case usually means placing buildings into the right places but also finding the optimal route to progress through the tech tree and through the wasteland.

Colonists are the force that keeps the colony going, but for the colony to survive there will be less focus on micromanagement and hence individual colonists. This does not mean that there will be less to do, or that there are fewer colonists nor their needs to take care of. On the contrary. To satisfy all the needs there is always something to explore, prepare, scavenge, research and especially something new to build. Our goal is to make the gameplay feel like a constant flow of interesting choices and decisions followed by new challenges to overcome. There should be something going on at all times without the need to increase game speed. It is not about reacting, but planning and making educated decisions. Sometimes there should also be moments of calmness when there is time to stop and take a look at the beauty of the wasteland and the magnificence of the achieved milestones.

In the crazy world of Surviving the Aftermath there is always hope on the horizon. No situation too dire, or a night too dark for our colonists to see a glimpse of a better tomorrow. We wish all the best for everyone for the upcoming year 2021. Let’s make it better together.

The downtime reduction means reducing the time colonists spend in non-productive activities. In the past, a significant part of the day was spent waiting for colonists doing their things in various places. They still need to sleep, eat, wash and keep their morale up, but they do not spend a big part of the day doing so. This will in turn improve the flow of resources and keep the focus on planning and executing the plan instead of waiting for colonists to wake up.

Resource consumption and production have gone through a significant change. Production quantities per work cycle have been slightly increased, but demand for construction materials has increased even more to satisfy both the new production amounts and reduced downtime. This gives a new twist of creating production chains and optimizing the production through placement and building upgrades.

These changes should result in more predictable production, less consumption spikes, and downtime where the colony grinds to a halt due to workers not performing their assigned tasks. And when you run into issues, those should be solvable by constructing more buildings, adjusting their locations, or improving the existing ones by researching relevant techs and upgrades.

Eating habits are also changed as raw food no longer fills the bellies as it used to. Food types are divided into a few categories that each offer different amounts of nutrients. The higher the quality the less colonists need to eat at one time. This naturally means that in the late game offering warm meals is a better option compared to raw potatoes. All this affects food production as well, which has been rebalanced accordingly. As a new feature, some food types can be grown now only in greenhouses making them more demanding, but also more rewarding at the same time.

Other balance changes include, for instance, a number of adjustments and tweaks such as decreasing quantity of hostile colonists in the survivor groups, a slight increase of hostile beasts in the colony view, and decreasing production and build times.

Finally, we also have something new to build! Other additions include the long-requested Medical Lab, which will enable the colony to produce its own meds! Colonists can also be buried in a more civilized fashion in the Cemetery. Other improvements include new building upgrade options for the Trapper, Tailor, Gunsmith, and Toolshop, performance fixes, and multi-turn combat akin to other World Map missions. In the statistics menu, most of the menus now support a sorting feature making analysis of the data more customizable. And one more thing worth mentioning, the bug that caused resources to go negative and making the game completely stuck slipped through in the last update is also now fixed!

These are just the first improvements, but we are excited to hear your feedback about the direction the game is now heading.

Don’t forget to check our patch notes for the detailed changes we’re going to introduce in Enhancement Patch #3.

Let us know your thoughts and see you in the wasteland!