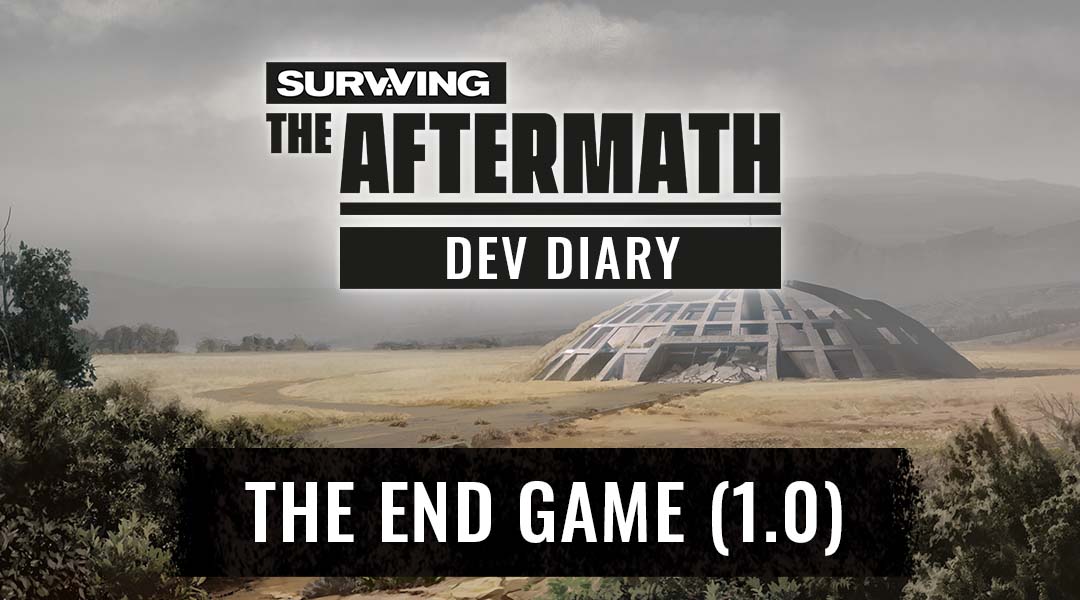 It’s been quite the journey from the very beginning of the early access period to today. We announced Surviving the Aftermath at PDXCON ‘19 main stage and while it had the core already in place, the game has evolved quite a bit over two years, 20 major updates and smaller patches in-between in early access. The regular updates have added more content, features, and fixes according to our vision and your invaluable feedback. Make no mistake, we wouldn’t be here without you so again, thank you on behalf of the entire Iceflake team. There have been ups and downs along the way, but we’re happy with the end result and hope you are too!

While update 1.0 has a ton of new features, reworks, improvements, and fixes, the end-game is definitely the most important one. It uncovers some of the mysteries behind the apocalypse and how the world ended the way you see it now. While the sandbox nature of the game remains unchanged, you’re now able to embark on a long quest to ultimately rid your colony of some of its most destructive challenges. This will require you to visit distant locations on the world map to uncover old world knowledge while fighting and building up your colony to take advantage of your resources to build a massive protective bunker for your colonists. Building materials alone won’t be enough, though, and you’re tasked to build new types of engineering outposts around the map to amass the necessary know-how and resources to complete this monumental project.

Different types of outposts gather one of four required types of knowledge, and exploring the world map ensures you can find the optimal sectors for each. It’s a tough task meant to last the bulk of your playthrough made even tougher by the unknown hostile force on your heels. But the reward will definitely be worth it, raising your colony to a whole new level of survival! The game doesn’t end after completing this massive undertaking and you’re free to continue playing for as long as you like. 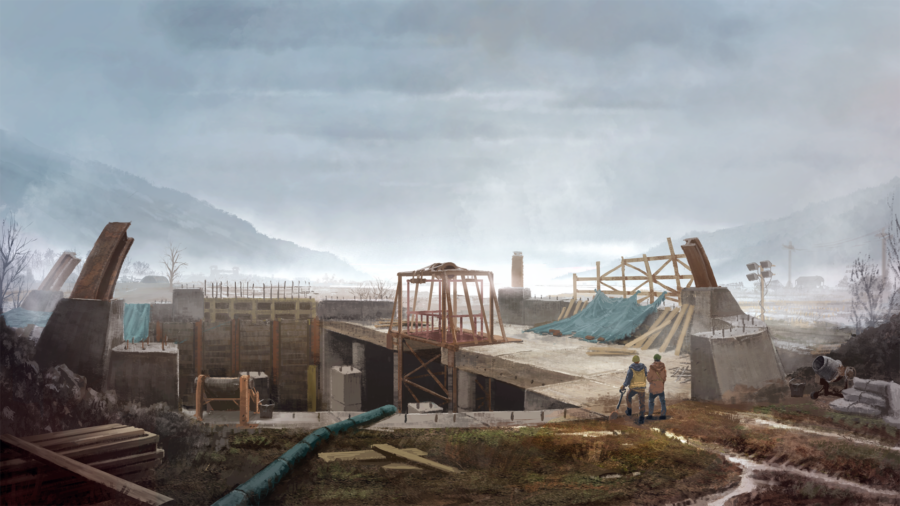 As per community request, we’ve restored the gate combat in a new and improved form. The initial feature was not what you or we were happy with, so we took a step back and reworked how it functions and how it’s communicated to the player – with your help. Enemies will once again come knocking at your gate to blackmail the colony or just see it burn. If you don’t give in to their demands, gate combat will take place. The new UI allows you to see how well your gate is defended, how numerous your opponents are, and when you can affect its outcome. Your top priority before that is to have a fully repaired gate with all hands on deck, and even then it might always be enough. Upgrading the gate provides your growing colony with better protection and more guards, so don’t neglect it! Increasingly bigger and badder bandit groups won’t be held back otherwise.

The aftermath now also speaks! Voice-overs from professional voice actors have been added for numerous sections of the game, including notifications, milestones, events, and quests. We’ve also updated the specialist responses and grunts. The voice-overs bring quite a bit more flavor to your questing and also help draw attention to important happenings around the colony and the world map. 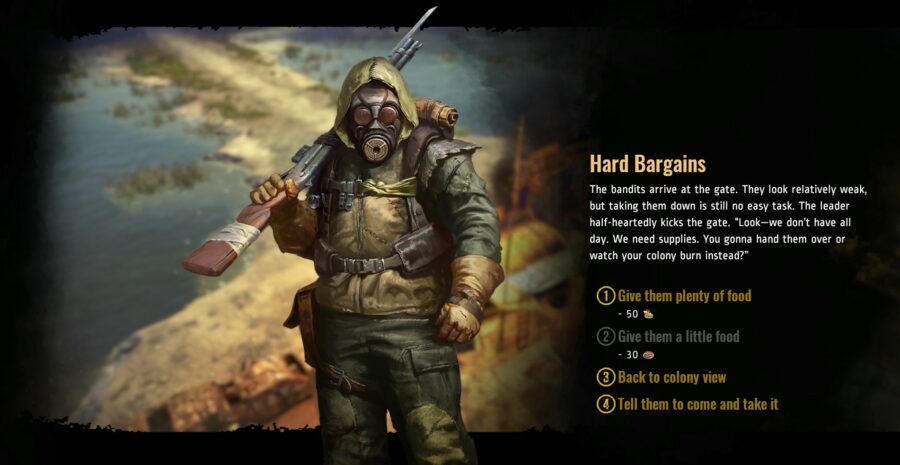 Almost all aspects of the game have received balance updates and polish, but two major elements have been reworked a bit more thoroughly. Malnutrition will not flip back and forth anymore if a colonist is right on the threshold. We’ve also added a small health penalty to those suffering from malnutrition, so be sure to react to it as quickly as possible. A balanced diet is a must! Production buildings with multiple workers have also gotten reworked. As a result, they divide their carry tasks more efficiently and the “extra” workers spend less time standing idle when one of them is bringing in resources. This will increase productivity considerably, so some balancing has been done to counter inflating the economy.

The user interface has received numerous user experience improvements, tweaks, and changes. Society and trade windows have been updated to show earlier what is on offer. The overlays for energy and water have been improved to clearly show the connections between energy or water consumers and producers with a nice visual grid of underground pipelines. The heat overlay has been cleaned up to look nicer and more informative when burner zones overlap each other, so it’s easier to see which areas are heated. The tech tree has received a facelift for a clearer look which should be a lot more readable especially on consoles. Other UI elements have been polished for a more refined final look. 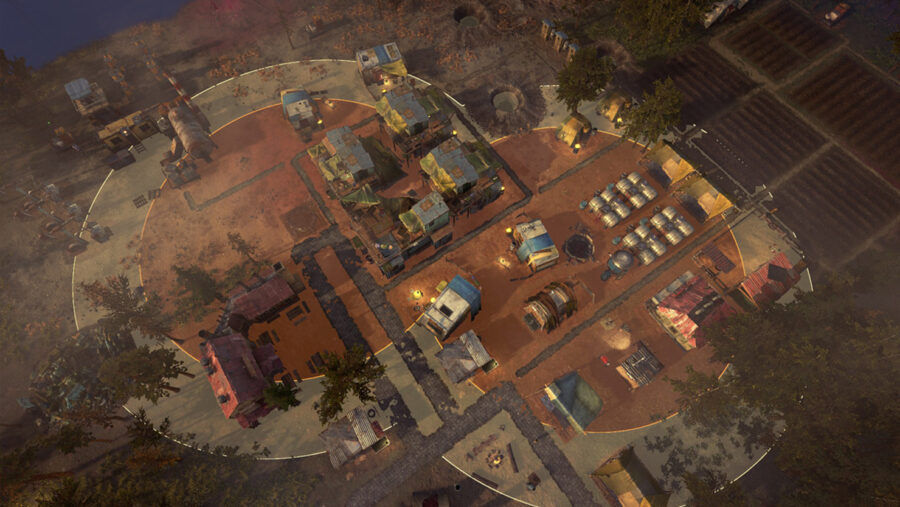 Along with the voice-overs, we’ve added a cool new intro to the game! It should set the mood nicely for the pregame, in which we’ve added a short prologue story about the condition of the world. Other smaller improvements include a categorized help menu and impressive new building models for shanties, tenements, houses, and two-story houses. As you upgrade your shelters from one tier to another, you can really see your colony improve right in front of your eyes. The lighting, textures, and atmospheric effects have also been polished to give the game a crispier look with more definition between the buildings and the environment, as shown by the picture below.

And here we are! Two years and many, many updates later the game is finally in its 1.0 form. We don’t have long to celebrate, though, as work with the first post-release updates and upcoming DLCs are already in progress. Once again, thank you for supporting us over all these months, and hope to see you enjoying the 1.0 release along with future content! 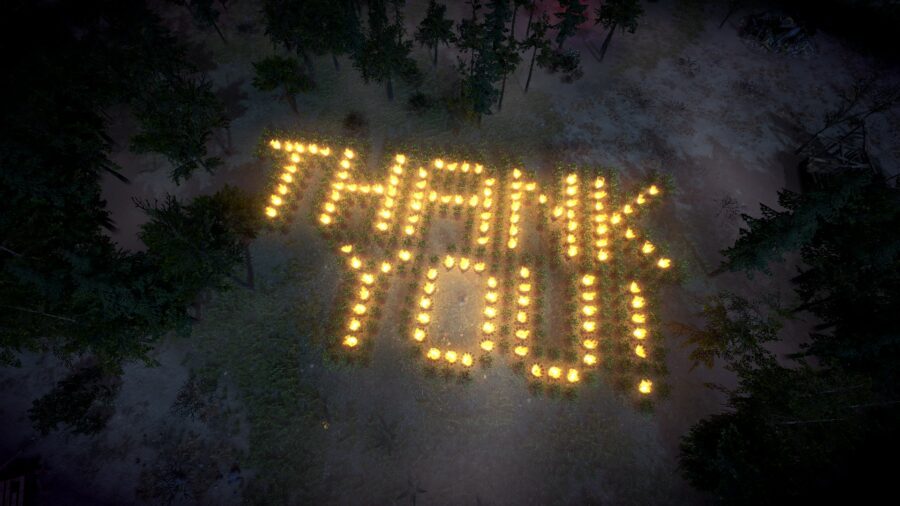 Be safe, Survivors, and play games!