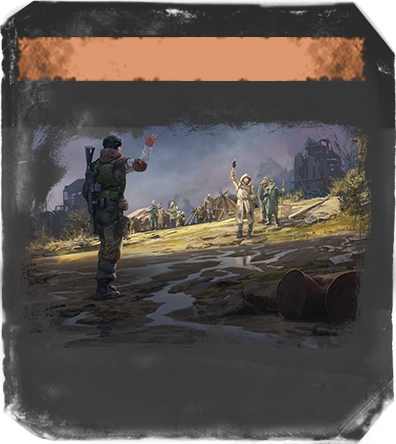 This rather massive “Remnants” update combines several months of work into a single patch. It overhauls core features like colony terrain and deposit generation, adds a new outpost system, and includes many AI and quality-of-life improvements. It also includes Steam Workshop support for adding and downloading mods on Steam. Our programmers have been hard at work on increasing the performance of the game, which finally allows us to start increasing the population limit. In this update, the increase is still small, but in the future, we can hopefully remove it completely.

We’re proceeding with our plans on better mod support, this time with Steam Workshop. It allows players to add, manage and download mods and extra content for the game via its own interface. Existing mods will need to be updated for them to work, though. We’re very excited to see what you come up with and continue to expand the modding capabilities in future updates.

The new colony map generation includes reworks to both how the soil is generated and how the resource deposits are distributed. The new soil system makes the colony map less granulated, so you can now build a large farming zone on a nice big fertile patch. Although reaching fertile areas might need some effort as these patches of land are located farther from each other. The environment looks more apocalyptic since we’ve added some devastated urban areas on the map with destroyed buildings and other remains reminiscent of the old world.

Resources are now spawned in clusters instead of all around the map, so you can concentrate your production efforts next to these new clumps of metal, concrete, and plastic. For example, when expanding your tools production you can build Scrappers, Stockpiles, and Toolshops next to a cluster with lots of metal and have the final products delivered to the warehouses in the colony center.

The renewal of the outpost system starts with this update and will be expanded in the future. Our goal is to make the world map an essential part of a builder game where it can be explored with specialists, but exploited with the diverse selection of buildings called outposts. This update also changes how outposts are built. From here on out outposts will be built by converting a specialist into a settler at the outpost depot and sending this new unit to the world map. This settler can be controlled similar to specialists, and then commanded to establish an outpost in a free and non-hostile sector. The transformation is irreversible and settlers can’t be converted back to specialists. More outpost features which use this new system will be added later.

The list of AI and quality-of-life improvements is more extensive than described, but here are some of the more impactful ones. The new construction priority system allows prioritizing one construction zone over all others and replaces the old system, which didn’t function properly in several situations. Several advanced utility buildings like the large transformer can now be built straight from the build menu instead of having to be upgraded from the normal transformer first.

Colonists have a new appreciation for meals over raw food and will attempt to eat the best kind of food available. They’ll also take care of their malnutrition better. On the same note, mixed and insect meals are now cooked in the mess hall only, and the building itself is faster in producing all meals in general. Colonists will now prioritize carrying boxes in danger of decaying and also stock up buildings, like burners, more evenly. The boxes themselves have also received a facelift into something more of a realistic look.

Mentioning all changes to game balance would be a too-long list to be written here, so let’s mention a few of them. Tents, emergency shelters, and shanties have had their capacity slightly increased to help deal with early game housing. Water wells produce the maximum amount of water more easily. Tier 2 and 3 tools, clothes, and weapons last longer and offer more benefits over basic items of the same type. Resources from the world map are dropped more clearly next to the gate and bandit camps have had their health increased but damage reduced, so specialists can stay exploring for longer. And finally, nuclear fallout will irradiate less people.

These were some of the changes in this update. Check out the latest patch notes to see the entire list of additions, bug fixes, and improvements. We hope these improvements will make your stay in the apocalypse a more interesting and enjoyable one, sparking hope for a better tomorrow – stay safe!

PS You can check the full changelog [here].